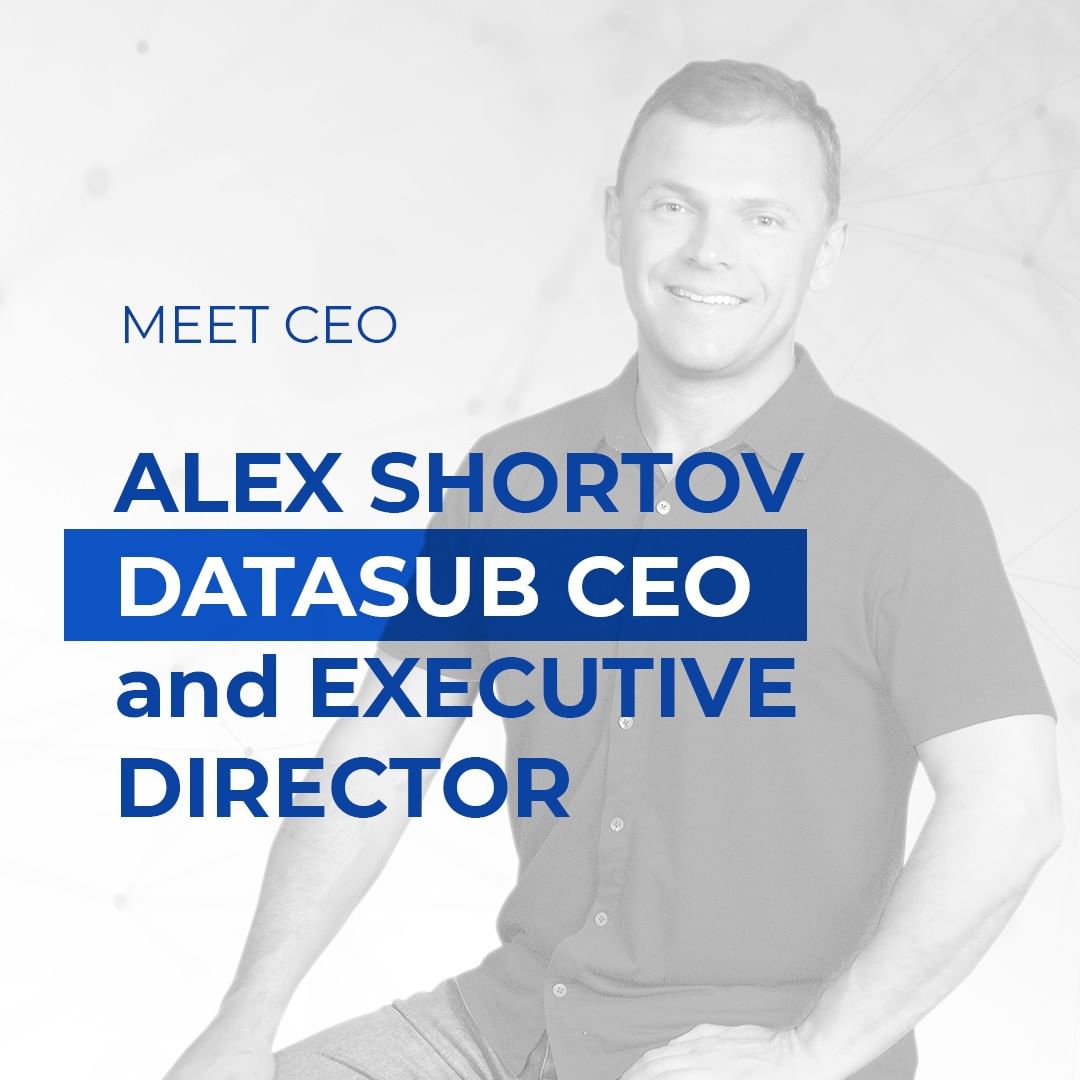 From independent consultant to CEO of an international IT company

Alex Shortov is the executive director of DataSub and an expert in many areas of web development with over 20 years of experience working with IT companies in the United States.

Alex's IT career began in the US in 2001, where he started as a web developer and was quickly promoted as an e-commerce director for a prominent etailer.

Alex founded Datasub in 2008 and began working as an independent consultant in e-commerce. Shortly after that, Alex organized and recruited a small team of specialists who were well versed in many web development tasks. Over the years, the small group of employees grew into a more extensive and more diverse team with expert qualifications in areas such as front-end and back-end development, mobile application development, web design, cloud infrastructure architecture, system administration, cybersecurity, manual and automated testing, support as well as customer service.

Today, as part of the DataSub's offerings, Alex provides strategic consulting services and comprehensive planning for project architecture and infrastructure, in addition to being the team coordinator.

Enter your details and
we will call you back

Thank you! Your submission has been received!
Oops! Something went wrong while submitting the form.

By proceeding you agree to the