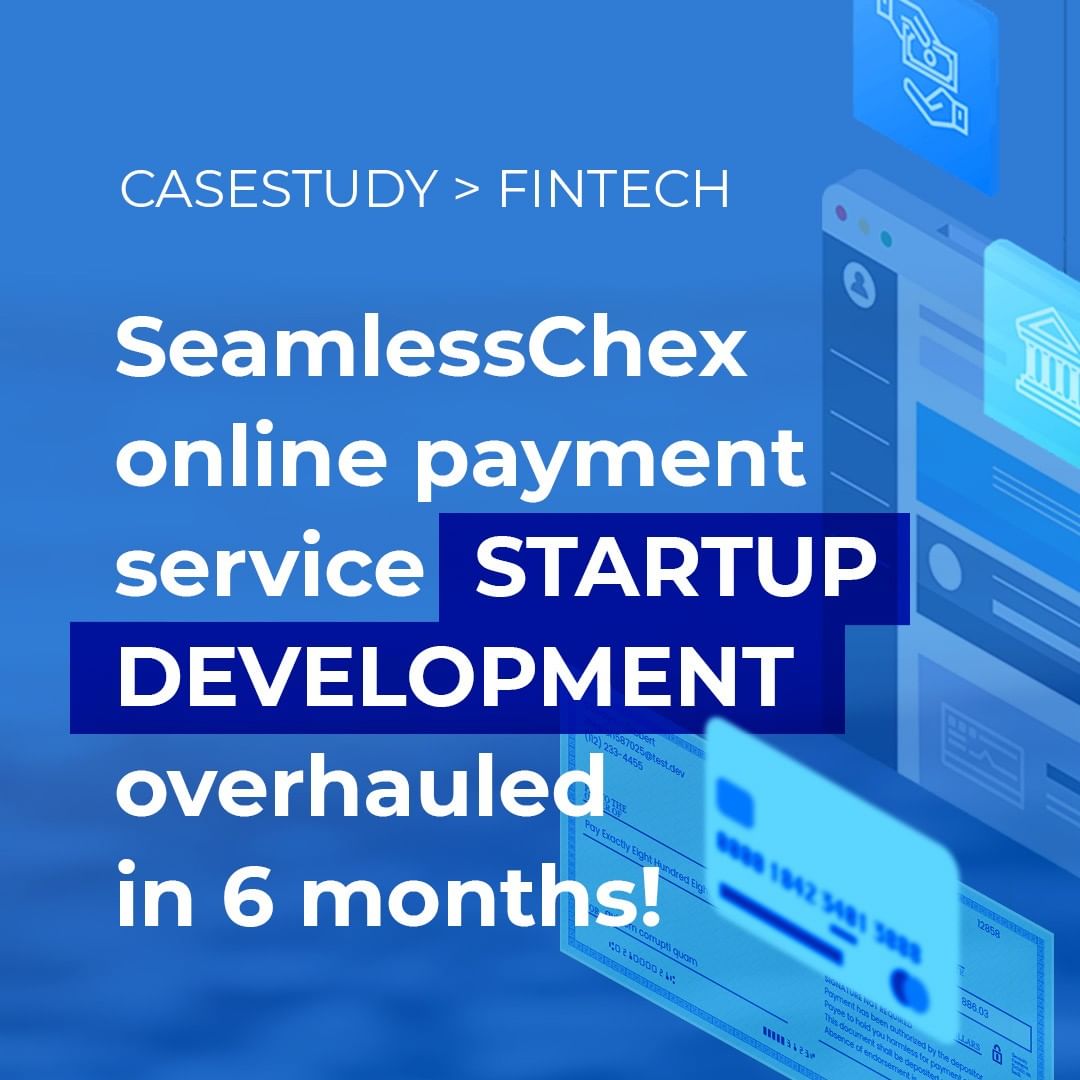 How did we get SeamlessChex off the ground in under six months instead of 2 years?

How did we get SeamlessChex off the ground in under six months instead of 2 years?

Initially, SeamlessChex hired DataSub to audit the initial development company, which worked on the first version of SeamlessChex's product for two years. Our audit revealed that the system architecture and development approach work product led to a dead-end after two years of work - an urgent solution was required.

DataSub transformed the prototype of this online service into a highly loaded, stable cloud system with a significant number of client API integrations.

How we did it?

After the launch, DataSub began developing a wide range of functionality for the online payment service, making the service more convenient and competitive.

Six months after the pilot project began, SeamlessChex noted that the expectations and the high bar set at the beginning of the project were justified.

As a result, DataSub has been SeamlessChex's exclusive partner in the development and support of its business.

Enter your details and
we will call you back

Thank you! Your submission has been received!
Oops! Something went wrong while submitting the form.

By proceeding you agree to the